Case Study: Dealing with alternating color casts in the highlights of negative conversions

Our user Frank Ludvigsen recently posted a question on Flickr's ColorNeg / ColorPerfect user group regarding cyan color casts in the highlights of his negative conversions. We offered assistance in reasoning out what he was experiencing. In the course of that Mr. Ludvigsen sent us some example files of his linear 4x5'' negative scans and kindly permitted us to use his photos in the following step by step description of the image editing process. For that we'd like to thank him cordially. This page detailing what I did with his images is intended to explain the general issue encountered here and to give you an idea on how certain tools in ColorPerfect might be used in dealing with that. Please note that the results presented may well be improvable by finding an even better characterization with the methods described below. Also note that all choices made after characterizing the negative are in the realm of artistic preference. Different choices would have led to different images.

The photos have been shot on 4x5'' Kodak Portra 160 VC sheet film and were digitized using Silverfast SE on an Epson V700 scanner. Getting linear scans with Silverfast is rather straight forward and has been excluded as the source of the color cast issue with reasonable certainty.

About the negative film characterizations included in ColorPerfect

While ColorPerfect does include characterizations for a vast number of color negative films from the last decades it is important to understand that all of these have been derived from data published by the films' manufacturers. For some film types several data sheets exist for different generations of the film. We have generally included all data we could get hold of. In case of multiple entries for the same type of film the characterizations' names either contain elements in square brackets - being specific codes that are expected to be printed on the negatives' edges - or elements in curly braces - being properties that can't be determined from the negative itself but need to be known, like specific development conditions. Often one of the included characterizations is a reasonably good match for actual rolls of film of the respective film type but sometimes none is. For one mismatches occur because the film's processing has an influence on the actual negative gammas - with the variables being development time, temperature and agitation - and for another there may well be fluctuations between different batches of the same type of film.

In the following we'll be dealing with the linear scan of a negative depicted below. As the first step after opening the linear scan we assign our target RGB working space to that scan. The details of this can be found in our article ColorPerfect, ColorNeg et al. and RGB / Grayscale working spaces. Next we bring up ColorPerfect and select ColorNeg mode and our working space's Gamma C value on the Start panel. After this initial setup we select the maker and film from the lists at the bottom of the plug-in's dialogue. For the film at hand we try the Kodak / Portra 160 VC entry.

If the characterization matches the negative at hand a reasonable starting point for CC will be chosen automatically for a majority of images. An exception to this are images whose brightest regions are of a saturated color as is the case in some flower close-ups for example. For the image at hand the initial color balancing should work reasonably well - which it doesn't. Trying to manually color balance on the white bird's droppings on the roof yields another but equally obvious color cast. This second color cast is the cyan looking highlights we were told about. The reason for effects like this usually is lack of color integrity due to the fact that the characterization derived from the manufacturer's data does not match the negative at hand.

Characterizing the film type with the FilmType and SubType sliders

ColorPerfect's FilmType and SubType sliders can be used to find a better characterization. To do so we first need to color balance the image by clicking on a middle gray. If there are no middle grays in the image another neutral might do as well but middle grays have been found to work best for this. When looking for characterizations I often find it easier to judge minor color casts when temporarily setting saturation to a rather high level. Setting Saturation to 150 and removing -0.05 of White gives us a clearly off color looking image with pronounced color casts to start with. Now we click into the FilmType field which contains two numbers. The first is the FilmType and the second the SubType. The scroll bar controls that component whose name is shown on the button toggling between the two components. To start the search for a better characterization we go through the entire range of the FilmType slider. That means the button must read FilmType while scrolling. On a PC you can just slowly drag the slider up and down with live updates to the preview image. On the Mac you'll have to click above or below the slider repeatedly to cycle through the range. We apologize for the inconvenience but getting the sliders to give live feedback on OS X has proven a real headache so far. Cycling through FilmType's range will produce various clearly wrong settings. The objective is to find the least worst one. Next we switch to SubType mode and repeat the process. 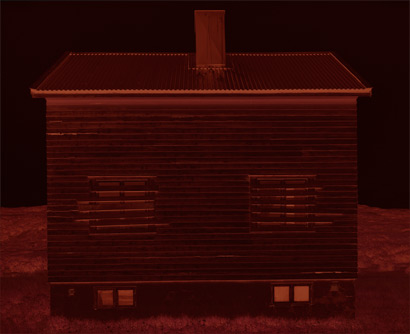 After finding what we judge to be the best possible setting for SubType we toggle back to FilmType and repeat the entire process one or two times going back and forth. For the example at hand that led to this characterization. We still have the extreme saturation setting in place so let's reset Saturation to 100 and White to 0. The resulting image does no longer have the obvious color casts but looks too low in contrast to seem natural. When SubType mode is active the artistic Gamma adjustment is replaced by FilmGamma which we can use to increase the three film gammas while mostly keeping their overall relations. A higher FilmGamma setting seems to work better. Whether that is a reasonable characterization for more than this one image remains to be seen. For now we can add the characterization to the User film list under a name of our choice. Be certain to save that list to a *.negpos file before leaving the plug-in to keep it.

Editing the image after it's characterized

Once a reasonable characterization has been established for the image we can start editing it. Many of the choices involved in this process are artistic ones and are subject to preference so you might edit the image in several different ways. Here is what I chose to do: First I brightened the photo by removing some black. Then I removed enough white to get the overall image contrast to what I preferred. In doing this some areas like the cellar window to the right or the area directly under the roof's overlap became pure black for the moment. Don't be alarmed by numbers of several percent being displayed in the shadow clip read out. Do rely on your visual judgment as some black is required for proper contrast. Next I set the compression for highlights and shadows folowed by a zone adjustment to emphasize the wall's texture a bit more. In adjusting zones one often tends to overdo it. A good practice is to set up the general direction of the adjustment you want and then to use the Moderate slider to lessen or to increase the entire zone adjustment. Moderate really is one of the most useful features when working with zones. 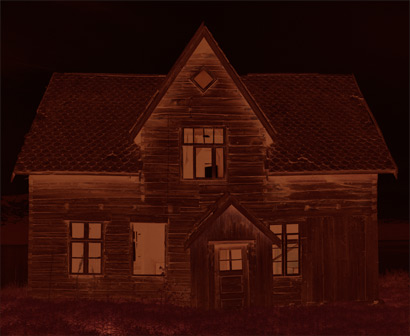 Finally we can edit the second image by again removing some black, removing some white, setting highlight and shadow compression and finishing by applying a zone adjustment. The sky did have interesting detail that the highlight compression does not restore to my liking so I created a second darker inversion of the image, copied that on top of the result from before and used a large feathered eraser on the house and foreground. I then blended the two layers using layer opacity settings to add some more texture to the sky. Another artistic adjustment I used is >Tonal which is located along with the CC settings and works like using color filters in black and white photography. It does not change color but adjusts the brightness of the underlying grayscale. I brightened the reds a bit which could also be used to brighten skin tones for example.